Attempting a lifelong pursuit to rectify my misguided view of the world.

Believes in non-violent community response to corporate and government tyranny.

Currently working on a Mastodon fork, a Bible system, and short stories.

@joeligj12 Indeed. I find myself using "communal software" often, as it's simpler. I think as long as the idea is expressed it doesn't matter. Community-driven technology is what we need.

@rebello Indeed, and with just the manifesto. @be has inspired many so far. I wonder what else is possible as we explore the concept and advance the movement.

Also, the laws enforced by governments are not immutable nor absolute. The law is an implementation of justice, not justice itself. The morality of an action exists outside of any justice system. If I get away with murder, the action was still evil. If you are mistakenly incarcerated for theft, it is those who arrested you who are at fault.

It makes no difference who is doing it. Killing innocent people is wrong, and those who work to stop it are honorable. They should be applauded, and those doing and condoning the killing must be held responsible.

Some believe in a death sentences or other harsh sentences for those who commit certain crimes. Why are those responsible for doing worse with greater power ignored or awarded?

It is not less serious when a government kills civilians than when civilians kill each other. In fact, it is more serious, as governments must be held to a higher standard due to their power and responsibility to govern and protect the people.

(and yes, this was prompted by Daniel Hale's sentence)

#CooperativeTechnology has really spread as a term around the Fediverse.

@brainblasted There are so many developers on the Fediverse asking for work. Maybe there should be a website specifically for that. It could display skills, previous work, etc. and interact via ActivityPub somehow.

@ChiaChatter @zudn I'm not sure. I noticed that as well, but haven't looked into it because I didn't think it was a big deal (I generally dislike metrics anyway).

Looking into it now: you can enable "Display estimate of reply count" in "App settings" in the lower right-hand corner of the screen.

@strawberryfieldsforever Oh okay. I had thought you were talking about moving again.

@strawberryfieldsforever You won't have any of your old toots, but otherwise everything should be fine after it's propagated.

@Columbkille If it isn't totally depraved beyond repair, is it good to work to fix the flaws? If there's still a possibility for repair, that's the one thing we can do, right?

@groovestomp At first I thought you were talking about programming languages. Haha. I've picked up a few of those. I've only started learning a couple of human languages though, and haven't gotten very far in anything but Serbian, and I learned most from an instructor and immersion in the culture.

I'm interested in what others think as well. A friend of mine suggested the GoldList method, which also involves a form of spaced repetition of vocabulary.

@Wafer Neither does it support ARM. It hails its "portability" yet doesn't support much besides x86_64.

@FediFollows I've noticed that even normal accounts generally get more followers on the Fediverse than on Twitter. I think there's more of a community feel here than there, and the fact that there are fewer people make those here more likely to follow others, as they are less overwhelmed by the sheer amount of people.

@CKsTechnologyNews This seems too much like Gab's Dissenter to me...

@jaller94 Hello and welcome! Are you new to Mastodon?

I'm excited about the potential of Matrix to become a ubiquitous communications system, supplanting the current proprietary apps that most people use now. Bridges are incredibly handy there. I've been using Matrix with some friends over the last couple years. Y'all are making some cool stuff.

@MNv7o3fb6vEXoQ3A @ChiaChatter I dislike that initially because of the lack of a human element. It's based on company-based services rather than community. I believe humans are inherently communal, and thrive when they live with each other on an intimate level rather than simply via the means of money. I prefer the idea of communalism. Though I obviously have no personal experience nor economics training with it.

@zudn Oh. I didn't know that. And I suppose the official hosted instance doesn't support it?

Attempting a lifelong pursuit to rectify my misguided view of the world.

Believes in non-violent community response to corporate and government tyranny.

Currently working on a Mastodon fork, a Bible system, and short stories. 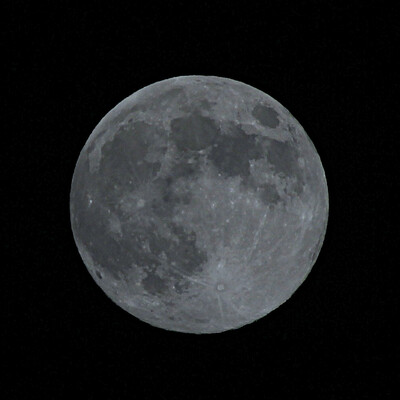 jesus There is nothing here!