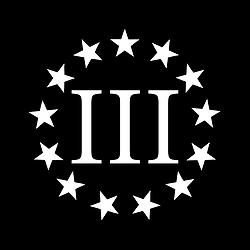 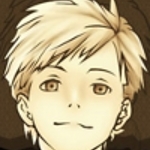 Dumped. Fixing to dump Mastodon too.

If you use apt-get to upgrade to buster, you won't be asked about the security repository info changed from 'testing' to 'stable'. Use the --allow-releaseinfo-change option, as Eriberto Mota explains here: http://eriberto.pro.br/blog/2019/07/07/debian-repository-changed-its-suite-value-from-testing-to-stable/ or use apt instead

Congratulations to Debian on their exciting new Debian 10 "buster" release! Go get it while it's hot and enjoy some GNOME 3.30 goodness 👍

We still have a barrage of negative reviews (known as review bombing), if you want to help us report their reviews as unhelpful, etc. feel free to head on over to #Tusky's play store page!

If you like what we do, and wanna support the work, you can donate over on #OpenCollective

FANTASTIC! MEXICO HELPS PAY FOR THE WALL :D
"In January, Cruz introduced the El CHAPO Act, which would allow money collected from the seizure of Guzman or any other convicted cartel members’ assets to go toward securing America’s southern border.

A Washington Examiner report claims that a Texas Democratic congresswoman has plans to send her staff into Mexico to help asylum seekers get into the U.S.

A Democratic congresswoman is being accused of coaching asylum-seekers by secretly sending her staff into Mexico to help migrants return to the U.S.

Rep. Veronica Escobar’s staff is reportedly going to Mexico’s northern border town of Ciudad Juárez in secret in order to find migrants who, under the “remain in Mexico” policy, were returned from El Paso, Texas.

Arizona police officers, tasked with protecting the public, apparently made one customer in a Starbucks shop “not feel safe” and were asked to leave.

Tempe Police officers claim they were asked to leave a local Starbucks on the Fourth of July where five of them had gathered for coffee prior to starting their shift because ONE customer complained about feeling unsafe.

Bill Barr’s decision to launch a formal investigation into the origins of the Russia probe has, it would appear, engendered a serendipitous side effect: Cooperation.

According to Fox News, several witnesses who were previously hesitant about speaking with Michael Horowitz during his investigation into potential Obama administration FISA abuses have since changed their minds.

Keeper of the Zoo   @Callestad@theres.life

This is why I left Gab.

"Freedom of speech" does not require me to listen.

People can rave about Jews all they want, and I can block them for raving about Jews.

That's not taking away their freedom of speech. It's sparing me from listening to incurable pathology.

The NSA has searched millions of Americans’ telephone call records--all without a warrant or, for the vast majority of these calls, any suspicion of wrongdoing. It's time to put an end to the CDR program.
https://act.eff.org/action/end-the-nsa-s-call-detail-records-program-once-and-for-all

A social network website (Mastodon instance) devoted to the new life only found in Christ.